About a race season ago two other PCA member/customers & I were talking about getting dedicated racecars for PCA and/or NASA racing. Dedicated as in “no longer street legal” and strictly built to adhere to the rules of the racing class we had decided on. I personally knew of a trio of 996 Carrera based racecars in Ohio that would fit the bill. These cars were sponsored by our local race parts warehouse HRP and had a pretty good history on the track. We all three agreed that they had potential so we loaded up three trailers & headed over to inspect them for purchase.

Nine hours tow later (and after my thorough inspection) we turned the cars down and made the return trip home chattering all the way about what the ideal Porsche club racer candidate should be like.

Would it be water cooled? Would it be air cooled? 3.6 liter or 3.4 liter? Turbo… Vintage… Boxster?! What we knew for sure was that PCA club racing felt very good and we wanted to have fun with the good Porsche folk we had gotten to know. All that was left was a basic platform to work with.

After considerable discussion the decision was made to go with the 993 Carrera chassis. It could be argued that this 993 version of the venerable 911 is one of the best candidates for racecar conversion as they are plentiful – and there are loads of factory upgrades as well as aftermarket bits available made just for the 993. That list of parts will allow the 993 to perform like the true racecar within.

Then the process began.

We found a 1995 and a 1996 coupe. Both have their positives with the 1995 being a bit lighter and the 1996 having the Vario-Ram intake for added power. The cars were gutted and upgraded to race safety spec within a few weeks time.

Then we built a list of race parts that only a full factory LeMans effort could better. We conceived a time line and started gathering all that was needed to make this dream into reality.

Calls were made, UPS boxes were shipped, paint schemes invented. Wrenches were turned, issues were remedied and dollars were spent. Hours turned into days that turned into weeks but the plan came together and worked like a well oiled machine. It was glorious to watch the progress and the excitement around the two efforts.

Details like the full custom race gage, race Moton suspension (that we sourced through HRP) multi adjustable coil over system and the gorgeous Forgeline race spec wheels that my shop recommended & provided truly made a strong impact on the cars track credibility. Porsche manufactured special front suspension uprights were added to cure bump steer, also ERP produces a full mono-ball bushing kit for this chassis that we implemented. This chassis is so popular that many Daytona 24 hour Porsche teams produce parts for this chassis that we took advantage of. Several exhaust manufacturers love this 3.6 engine too. We chose a Fabspeed kit as they had put forth a system that is wonderful to listen to and that makes good power. Nearly everything that was available to make these cars into dedicated track machines was added to these cars. I could write a years worth of newsletter space on the parts list alone, not to mention the shop fabrications so that each part could be used! It would be a long and distinguished list.

But the proof is in the pudding. And I am happy to say the pudding is perfect.

At a PCA event in St Louis early in April the cars hit the track surface. They were met with rave reviews and they were real crowd pleasers to boot. The cars drove like they were on rails and they were fast & stunning to see. After three straight track days both cars passed the initial shake down and are scheduled for a full 2008 season of Porsche fun.

It had been a long road (with a false starting 18 hour Ohio road trip) but the destination turned out to be better than we could have thought. Be sure to watch for the two reverse matching paint scheme Kauth & Mayeur Porsche 993’s at your next track event. And stop in to talk with the PCA owners Dr. Bill Frame & Dann Nelson (F/N Racing) if you can. They are easy to recognize as they are the two Porsche guys with the two biggest smiles.

Lincoln Trail Region of the Porsche Club of America

Welcome to the Lincoln Trail Region of the Porsche Club of America. We are part of Zone 13. We put on a wide variety of events for our members, including technical sessions, autocrosses, rallies, tours, and social get-togethers. The Lincoln Trail Region Porsche Club of America was founded in 1963 and includes Central Illinois and West Central parts of Indiana. 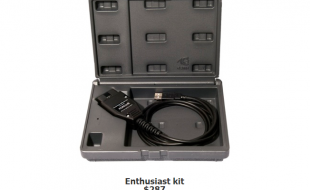 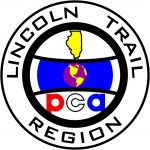